May 18, 2012
First off, I may have posted a picture of the Vemac RD200 in last week's entry on the Tommy Kaira ZZ and said it was the ZZ-III you get in Gran Turismo 2. It is not. That's because it's the RD200. By Vemac. But who are Vemac? It may sound like a vacuum cleaner company, but they actually make this little Honda-powered sports car, once again in the mould of the Lotus Elise/Exige, once again built in England but technically a Japanese car (sold primarily in Japan, as it happens), and once again something that entered the GT300 class in SUPER GT, except that this car is - I think - still going. I'll try to pick something a little different next week...

Vemac is a subsidiary of Tokyo R&D, a Japanese consulting firm that builds concept cars for major Japanese car manufacturers and carbon fibre composite parts for rockets. Chairman Masao Ono has a CV remarkably similar to that of Lotus founder Colin Chapman, as he's a former F1 and Le Mans racecar designer who started his own company to help cutting-edge technologies get into everyday road cars.

Styled to look like the Ferrari 250 LM, the Vemac RD200 features the naturally-aspirated Honda K20A two-litre four-cylinder engine used in the Integra Type-R (DC2) producing 217bhp, a tad more than the ZZ/Garaiya, but then it also weighs a tad more at a still-anorexic 890kg. The original RD180 had a B18C1 from a lesser Integra. The extra weight and power over the ZZ mean this is more easily comparable to the Lotus Elise/Exige, and it's not often you can say that. In fact, the Exige S (pre-V6) had the same weight and power, give or take 40kg and 2bhp, so with capable air conditioning as standard and composite body panels wrapped around a spaceframe chassis, on paper it's a rival to the class benchmark. Sure enough, evo magazine tested the two together on Japanese mountain roads and found that in most cases the Vemac made the supercharged Exige S feel tame. Crikey. The extra little bit of height means that people who are 6' 4" can fit comfortably inside, although no matter what height you are, you will probably find the right-handed gear stick in this RHD-only car to be a little confusing at first. Less confusing is a neutral balance provided by the mid-mounted K20A (mated to a quick and slick 6-speed manual 'box from a Civic Type-R), which can be enjoyed thanks to light but very communicative steering and fine-tuned to suit you thanks to fully adjustable Showa dampers. 0-60 happens in 6.3 seconds - notably slower than the Exige S, although once it's up to speed it keep up with the Lotus), and the RD200 can go all the way to 136mph. 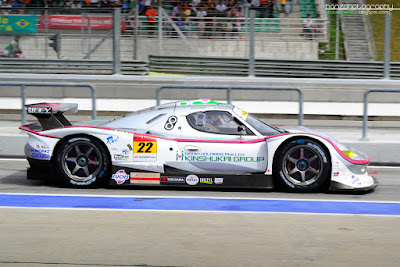 ...it competes in the highly competitive GT300 class of SUPER GT, and has done since 2002. The RD200 is built like a racing car and then made road-friendly, but if you skip the last step and instead add wings, spoilers and canards instead of air con and leather interior trim, you get the RD320R. Catchy. Featuring the C32B 3.2-litre V6 from an NSX, the racing version weighs more to meet regulations, at 1150kg, but the bigger engine makes around 300bhp, so it actually has a higher power-to-weight ratio (about 260bhp/tonne vs 243 for the RD200). The NSX power didn't last for long though, as a year later it got updated bodywork and a 3.5-litre Zytek V8 (which soon grew to 3.9 litres) to become the RD350R. After successes in GT300, "R&D Sport" decided to take their Vemac into GT500, giving it a 4.5-litre V8 making over 460bhp at 8250rpm (which isn't actually any higher than the RD200 road car could rev, as the manic Honda Type-R power meant it went all the way to 9000rpm!). Alas, after four years, they were back in GT300 for 2009, and remain there today, now using a 3.6-litre Porsche flat-six engine and currently 13th in the championship out of 24.

Of course, being an R&D company, they've designed a hybrid racing car, except that, unlike Audi and Toyota, they did it six years ago. The RD408-H features a 4.0-litre Mugen [Honda] V8 and two liquid-cooled DC electric motors. Amazingly, the result is a combined output of 800bhp and 686lb/ft. The 1175kg kerbweight gave it a staggering power-to-weight ratio of 681bhp/tonne, making it so fast that it couldn't be entered for anything. Still, as a technology demonstrator it's pretty impressive.

And so, you now know about the Vemac sports car. Use this knowledge wisely, less ye become the destroyer of worlds. Or something. The Spanish GP report will appear this weekend.

Sources: This Page, evo, Supercars.net, Supercarworld, Luxury4Play.com (two RD200 reviews), also Ketchup is a good one, although I had it on pizza once and it was weird.
Supercars 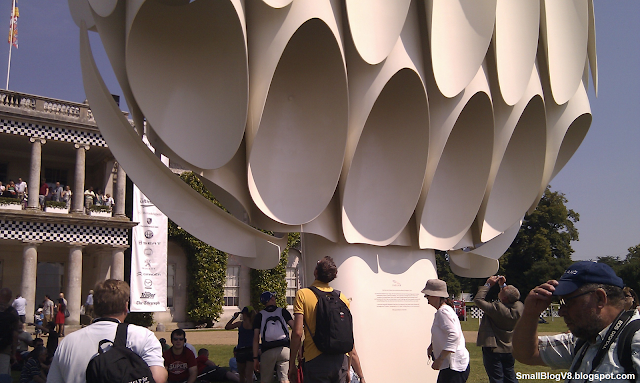 25/3/12, 3:44, 13085 Views (when posted) Gran Turismo has taught me much about Japanese sports cars, from "Midnight Purple" Skyline GT-Rs and the Toyota Supra to the Honda Beat and Mazda/Autozam AZ-1 and much more besides (JGTC FTW), which has made me something of a fan of them, as you might imagine. As such, this new one caught my eye. The only problem is that it's only been reported on in Japan, so bear with me while I tell you what I can work out about this, the "Kuruma", thanks to the trusty Google Translate... 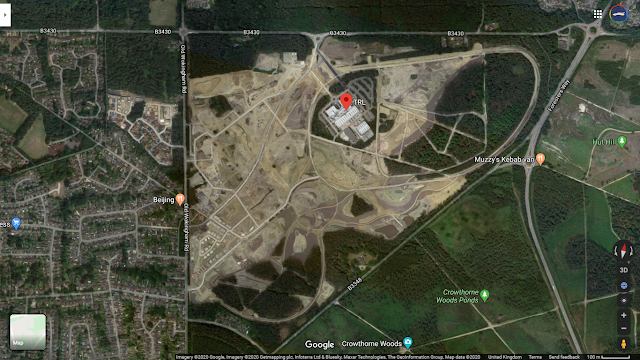